It has been a long time since a first feature film has displayed such masterly direction, such a sense of connection to the films of Godard, Bresson, Fassbinder, Kubrick and Haneke, and giving more perceptive viewers such a conviction of witnessing the arrival of an outstanding filmmaker while also discovering a major film, as brilliant in formal terms as its ideas. At a time when all the best new directors are demonstrating – explicitly or not – a political dimension to their work through the very act fact of producing and filming in a different way (Serra, Gomes, Alonso), usually steering clear of the big issues s and rejecting a frontal approach to historical, ideological and social issues. Nadav Lapid (born in 1975) dares to make political films. One might say that as an Israeli, he has no choice in the matter. The impressive thing about Hashoter is that it is both the best overtly political film seen in ages (including and especially in Israel) and also one of the most stimulating cinematic propositions of recent years, resolving the form and content problem, thanks to a stunning feat of dramaturgy whose powerful mise en scène expresses ideas that are just as radical. 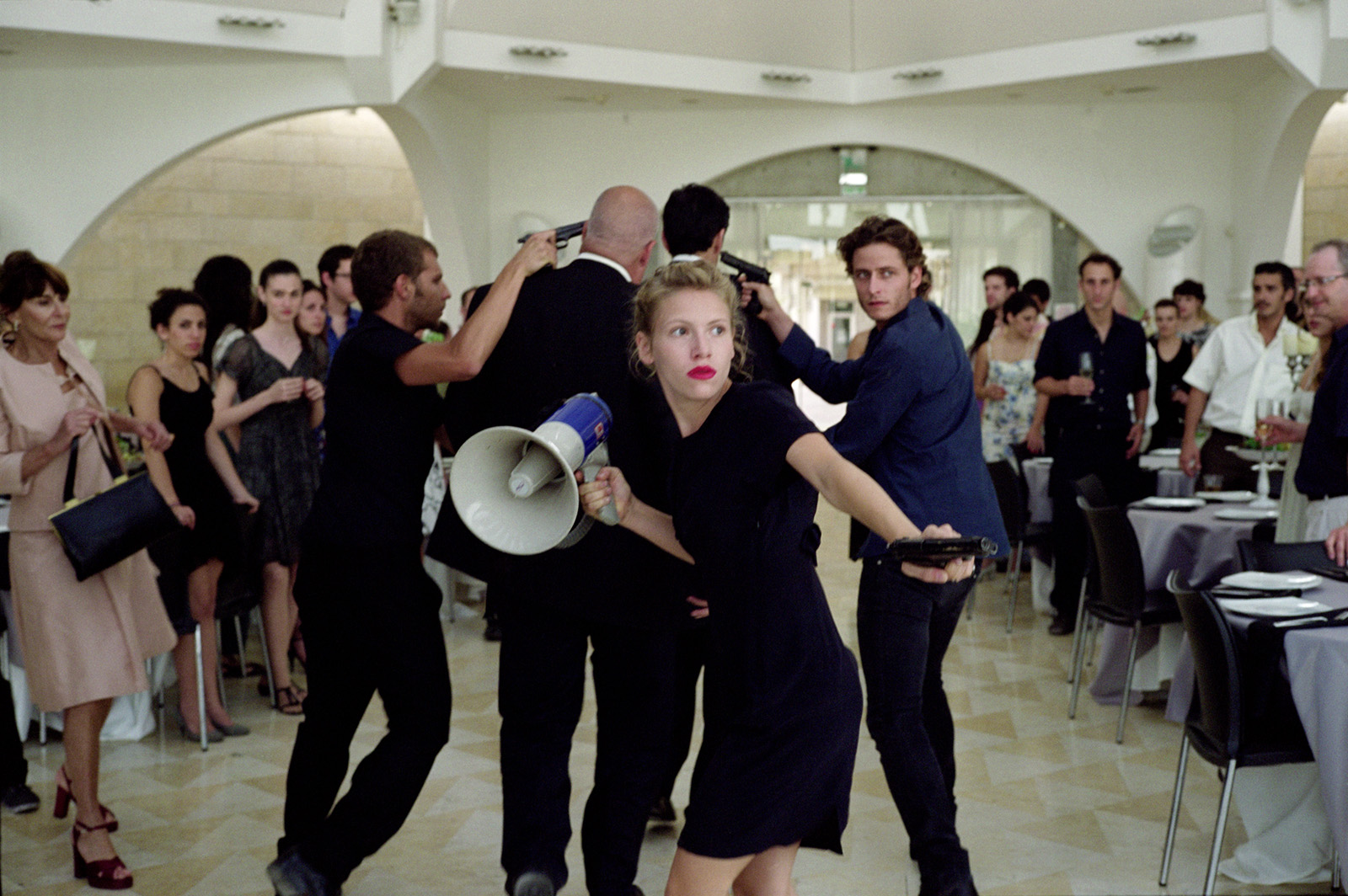 Hashoter has not simply emerged out of nowhere. Already, those who in 2006 saw Nadav Lapid’s mid-length film, Ha-Chavera Shell Emile – Emile’s Girlfriend (shot in Tel Aviv, featuring the same lead actor, Yiftach Klein, as in Hashoter) knew they had discovered a filmmaker with a gift for brilliant writing, able to construct, within a relatively short time-span, a sophisticated narrative combining humour, romance, and reflections on the Jewish question that are both personal and impertinent, under the tri-partite influence of Ernst Lubitsch, Billy Wilder and Woody Allen (e.g. the memorable sequence of the Shoah museum tour). The film was screened out of competition in Critics’ Week at the Cannes Festival. Hashote has the same qualities seen in Emile’s Girlfriend, but in a much more serious register, and a tenfold growth in assurance, that match the gravity of the project.

If Hashoter is the precocious outcome of Nadav Lapid’s artistic trajectory (he previously made short films and also wrote the novel on which the film is based), it is also part of the genealogy of modern cinema, a family, disparate yet coherent, of films that would include Mulholland Drive, Tropical Malady, Copie conforme  amongst others, all major works of contemporary cinema, drawing upon Psycho and L’avventura (two films at the matrix of modern cinema, both made in 1960), that make abrupt changes in the middle or record the mutation, dislocation and crisis of classical narration. Hashoter uses this syndrome of the “film cut in two” to dialectical effect, through its highly rigorous organisation of a kind of folding that occurs shortly before the midpoint of the narrative, and offers a second start, initially unpredictable and unexpected, but which consists in fact of a symmetrical repetition in a new form of the first part. The first forty minutes of Hashoter charts the life of a policeman and his colleagues who are members of an elite anti-terrorist squad. The director observes, with a touch of irony, these over-trained men, devoted body and soul to the state of Israel, who function like a well-oiled human machine in their risk-free existence where everything is organised according to manly rituals. Lapid focuses on Yaron (Yftach Klein) in particular, a kind of prototype of the Jewish superman who, besides his total moral and physical investment in Israel, and passionate devotion to his mother, and has a kind of narcissism that makes him a fascinating film character. His wife is pregnant, and he performs a semi-naked courtship dance to express his strength and pride to her. Later, at a barbecue with fellow police officer friends, he admires himself in the mirror as he holds a child in his arms, as if in aesthetic preparation for impending fatherhood, before going on to joust with his friends, the men’s grappling observed by their wives with loving, aroused attention, a realistic parody of Zionist machismo that recalls the wonderful Don’t Mess with the Zohan, which is also about the Jewish superman. The cult of mental and physical strength and good health is expressed in this first section’s central narrative episode. One of the commandos has a brain tumour. Awfully weak and emaciated, he slows down the group’s operations and compromises its goals of perfection and performance. Since it is clear he will very soon be dead, his immediate superiors, and Yaron, ask him to take responsibility for the death of Palestinian civilians during an operation, to save his comrades from judicial prosecution. The unhealthy body, like the foreign body, (the Arab) must be neutralised, and if necessary eliminated, in order to preserve Israel’s unfailing power.

This first part observes, with ironic detachment, the daily existence of those who are the armed wing of State violence. A transitional sequence (a group of punks silently destroying a car) shows anarchic violence in all its awful banality. The second part dramatises a hypothesis of revolutionary violence in Israel. In every case, the filmmaker only ever envisages his country in terms of violence, which is ontologically linked to Israel. The second part, completely disconnected from the first (until the final dénouement), has, however, a quite symmetrical relationship to it. The group of proletarian policemen who love their country are replaced by a group of hate-filled bourgeois youth, disgusted by Israeli society, who intend to denounce social injustice via a terrorist grand gesture. In the desert, after a bike ride, the policemen proclaim their unconditional love for Israel (“it’s the most beautiful country in the world! »), while the wannabe terrorists practice their marksmanship by shooting at an olive tree, discharging their weapons and their hatred onto a symbol of peace and justice. A young woman in the group, Shira, secretly in love with their leader Nathanael, stands out for her purity and fanaticism. Young, good-looking, rich, rebellious, they are like relatives of the characters in Le Diable probablement and La Chinoise. But the symmetry is soon broken by the perturbation of fiction. State violence functions at full throttle, while revolutionary violence, which does not (yet?) exist in Israel, spirals downwards to end in failure and death. In the film’s final shot, the policeman Yaron silently observes the face of the dying Shira, shot down by his bullets. What is he thinking? For the first time, the enemy to be defeated is not an Arab but a Jew. Something has just broken down. Confused thoughts, complicated and contradictory, go through his mind. What if this beautiful woman lying on the ground was his own daughter, like the one his wife is just about to bring into the world? In the end, what separates the two parts of the film is their relation to reality. What Lapid describes in his account of the policemen’s lives is of the order of  documentary. What he invents in the second part is of the order of fantasy, a cry of anger against the government. Science-fiction that might become fiction. In the weeks following its first screening at the Jerusalem Festival (where it won three awards) the film took on a troubling, prophetic dimension with the wave of protests and demonstrations by young Israelis, who poured into the streets, shouting the same slogans Shira uses at the end of the film: “Police, you are not our enemies. You too are the oppressed.” In Israel, this outstanding political film has thus become a standard-bearer for youth who are angry with a government they loathe. Elsewhere in the world, Hashoter may well impress for more than the chilling perfection of its mise en scène.

At the Festival del film Locarno, where it screened in competition as an international première, Hashoter won the Special Jury Prize. 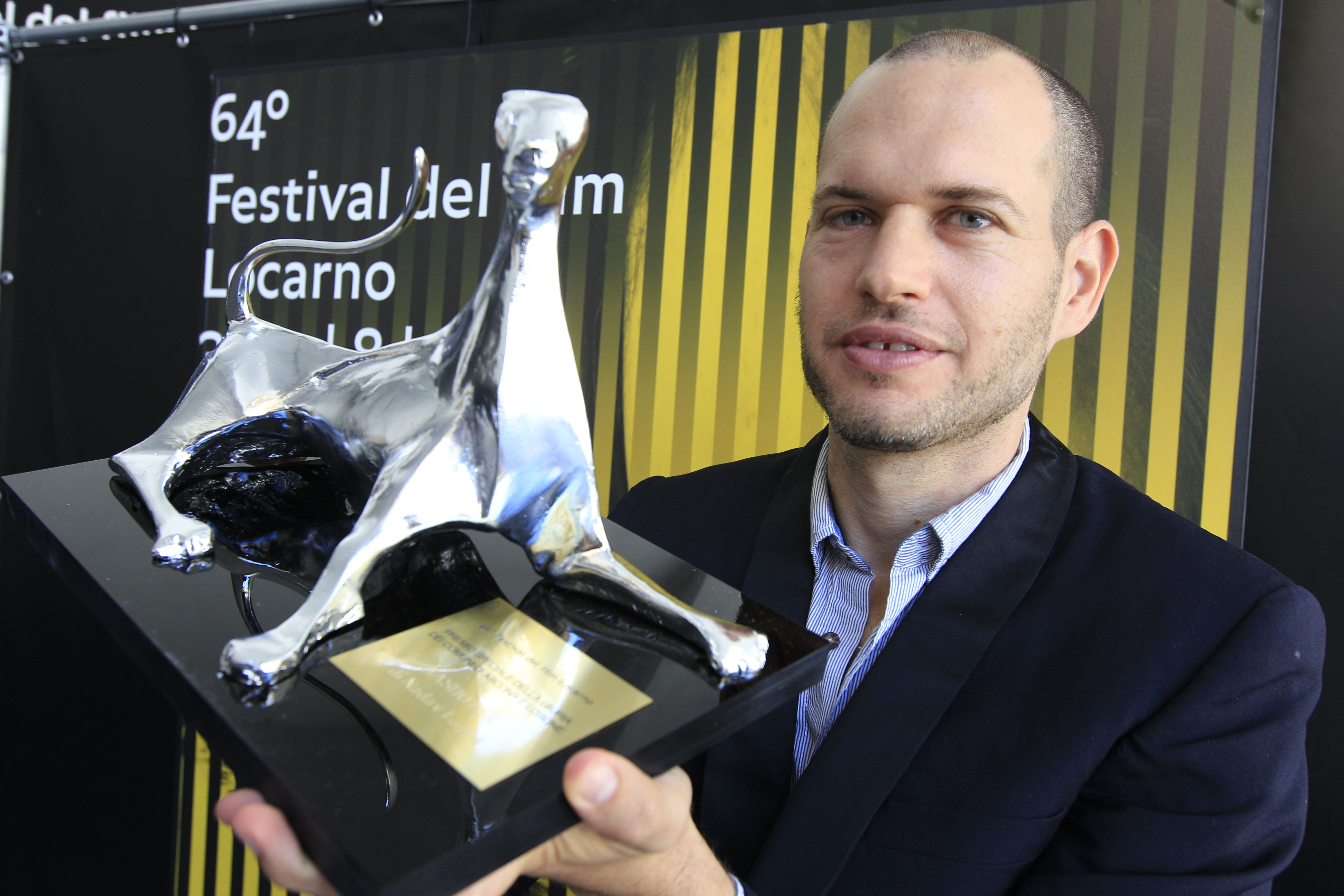