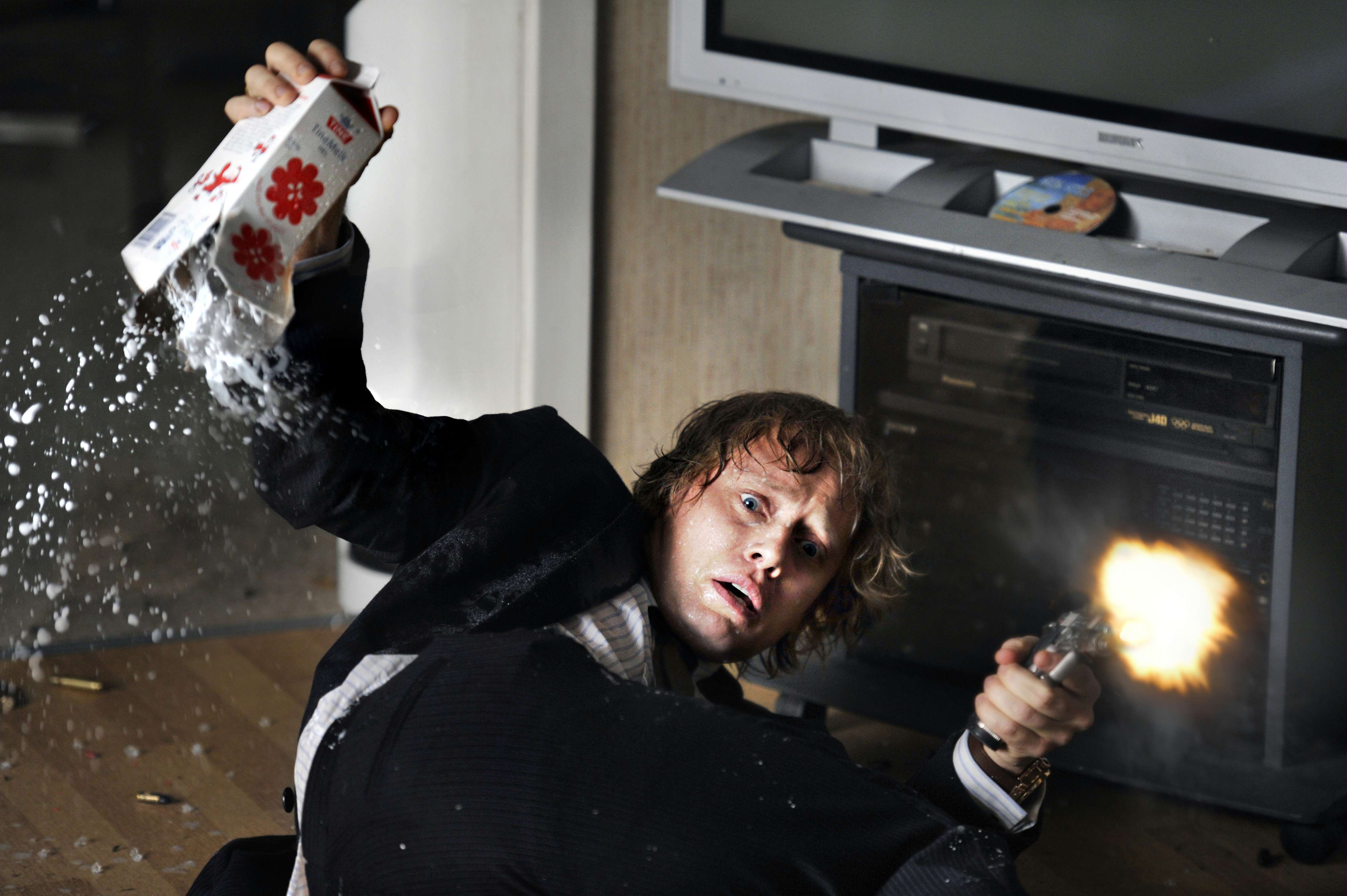 Although no French release date (via TF1 distribution) has been announced yet, Headhunters is opening today in German-speaking Switzerland, through the ever-dynamic distribution company Ascot Elite. It should be said that Headhunters was discovered at its world première on the Piazza Grande, during the 64th edition of the Festival del film Locarno, before going on to a brilliant career on the festival circuit and setting box-office records in Scandinavia.

Headhunters (Hodejegerne) is one of those films it’s better to see completely unprepared, given its constantly surprising and unpredictable storyline.
Roger is a headhunter at a big electronics company. He lives beyond his means and steals works of art to maintain the luxury lifestyle he enjoys with his gorgeous wife. Cynical and manipulative, Roger thinks he’s found the perfect mark in Clas Greve, a high-ranking executive and art collector. But the headhunter is himself about to fall prey to a series of terrifying machinations and has to flee to save his life. Demonstrating the adage that being paranoid doesn’t mean they aren’t out to get you, Headhunters is a fiendish dramatisation of a world falling apart for an anti-hero who completely loses his bearings and must escape a series of fatal traps. This film that came in from the cold managed to set the huge Piazza Grande audience on fire, and had them shivering – with pleasure. It’s been a long time since we’ve seen such an exciting thriller. The Nordic countries now rank in the forefront of powerful and affecting detective fiction and film. We are all aware of the phenomenal success of Stieg Larsson’s Swedish bestsellers, the ‘Millenium’ trilogy, and their subsequent film adaptations (directed by Ulf Ryberg, one of the scriptwriters on Headhunters). Headhunters is Norwegian, and Morten Tyldum’s third feature film. We have certainly not heard the last of this filmmaker who has demonstrated a remarkable talent for action and suspense movies. Headhunters can hold its own with the best of American thrillers such as those of the Coen brothers and David Fincher (who has just made a fine American version of Millennium, shot in Sweden and starring Daniel Craig). Headhunters contains several set pieces that are among the most outstanding of recent years.