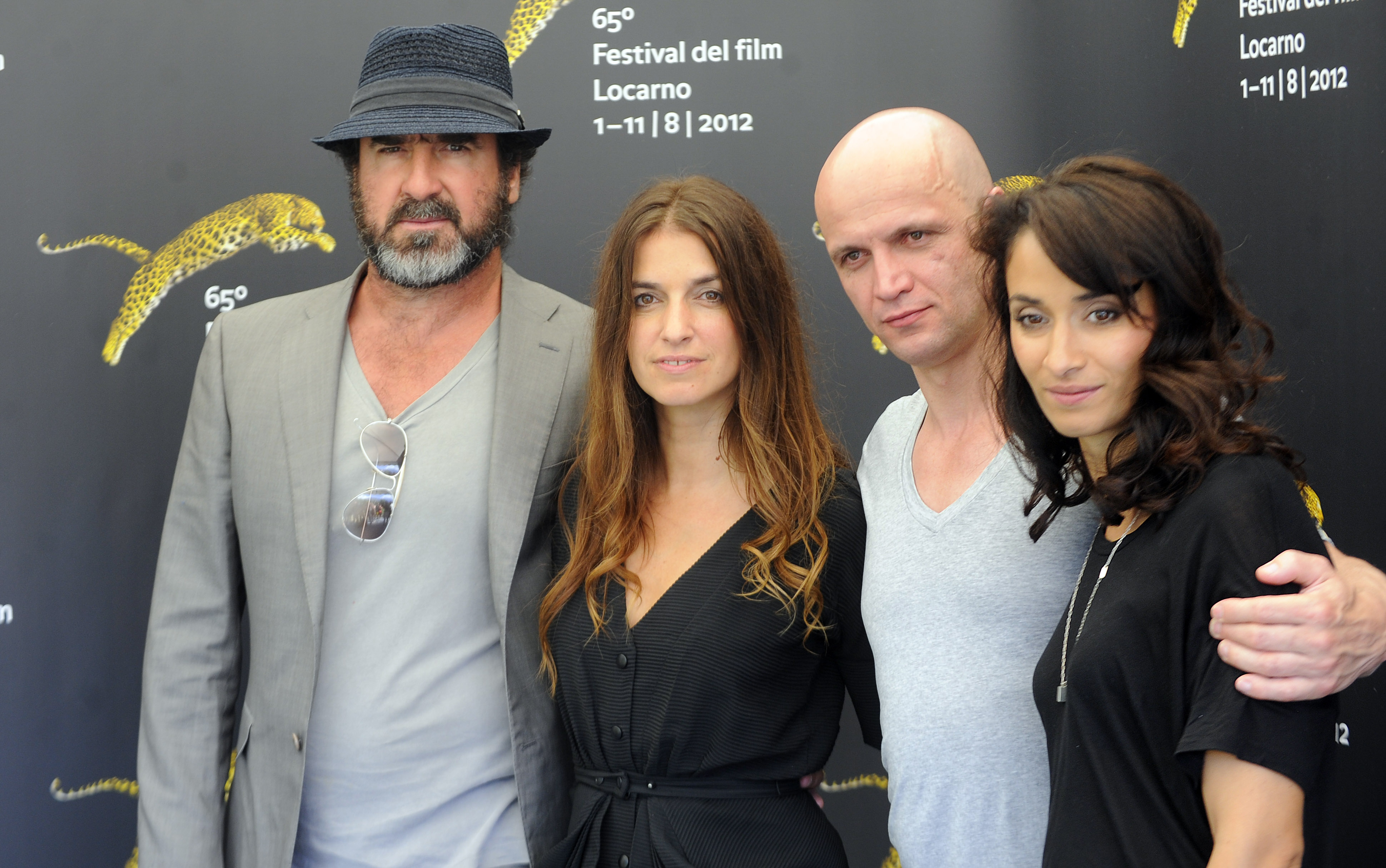 Hervé-Pierre Gustave, alias HPG, was born in 1966. In 1990 he made his first porn film Service actif directed by Jean-Daniel Cadinot, and soon became one of the most active and distinctive actors on the international X-movie scene, with a truly Stakhanovite work rate. In 1995 he started to produce and direct non-pornographic short films which, however, are in no way “ traditional”. The first, Acteur X pour vous servir, already displayed in embryo the qualities and characteristics of his subsequent films, as the early chapters of a “ work in progress”  in the form of a self-portrait, functioning as both confession and exorcism. Blending fiction, documentary and diary, the young filmmaker ignored taboos and compromise as he questioned his place in the world of film, his relationship with his own body and his image, and his problematic romantic relationships. In 2001, with HPG, son vit, son œuvre HPG made an astonishing filmed diary, revealing a character both appealing and unbearable, vulnerable and manipulative, endowed with a devastating sense of humour and a tendency to self-destruction. We see HPG in his everyday life, but also at work, at some of his video auditions, made with women wanting to feature in amateur porn films, that provoked the ire of feminists from the Association des Chiennes de garde. HPG, rejecting any kind of censorship, responded with a short film-tract, Chiennes, prenez garde. His subsequent short films (Hôpital psychiatrique de garnison, Hypergolique), in turn poetic, polemical and provocative, confirmed HPG’s talent and the originality of his filmmaking approach. HPG became a controversial love-hate figure in both the art and media world. The Cinémathèque française has supported him since his early films, and devoted two memorable evenings to him where he showed his films and spoke freely about his work.  In 2006 his first theatrical feature, On ne devrait pas exister/We Shoudl Not Exist was selected for the the Cannes Directors’ Fortnight (when I was running that sectoin). HPG continues to produce or perform in porn films to finance his personal projects. 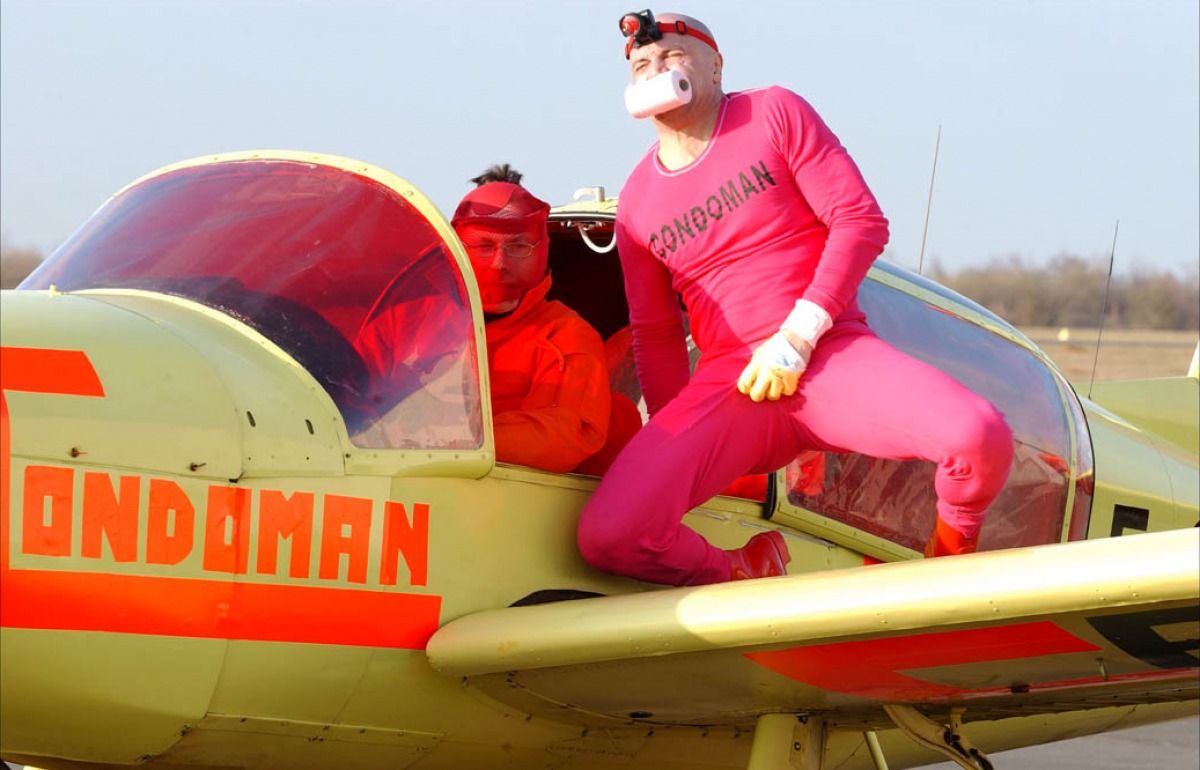 On ne devrait pas exister, HPG’s first theatrical feature film, is a fascinating stage in the process of introspection undertaken by the famous French hard-core actor on the margins of his porn career. Since 1995 HPG has produced an eccentric and highly personal body of work comprised of tortured film diaries and melancholic, farcical essays, reflections and interrogations about the profession of acting: all of which concerns are present in On ne devrait pas exister. One could even regard this as the conclusion of a first, highly narcissistic and nihilist period in his work. With a great deal of humour, but also melancholy and anxiety, the filmmaker lays bare on screen his own contradictions, those of a hard-core actor humilated by endless porn shoots where he cannot express any of the feelings that “normal”  actors do. In this film-essay HPG revisits the paradoxes of being an actor and the eternal debate between the true and the false, real life and the imaginary, central to any work of drama and film. The film is punctuated by three painful moments, in which Hervé comes up against his limitations, his desire to become an actor despite an inability to leave his own character behind.

The catastrophic start of a porn film shoot, the altercation with students at an acting class, who Hervé reproaches for knowing nothing at all about life, Hervé’s failure to perform his lines with Marilou Berry and Rachida Brakni at the rehearsal with the director Bertrand Bonello are thus the film’s high points. HPG has the courage to critique himself, and interrogates eveything, including his relationship with his then partner, LZA, who also wants to perform in public and exhibit her own sufferings (with Danger risque de chute HPG dedicated a short film to her, in the form of a heart-rending farewell.) Although serious in intent, the film does however contain several delirious moments of absurd humour and pure buffoonery. Although the film seems like something from another planet on the landscape of French cinema, HPG might well be the last in the line of maverick filmmakers who have never made conventional films, such as Jean Eustache, Luc Moullet or Jean-Pierre Mocky. 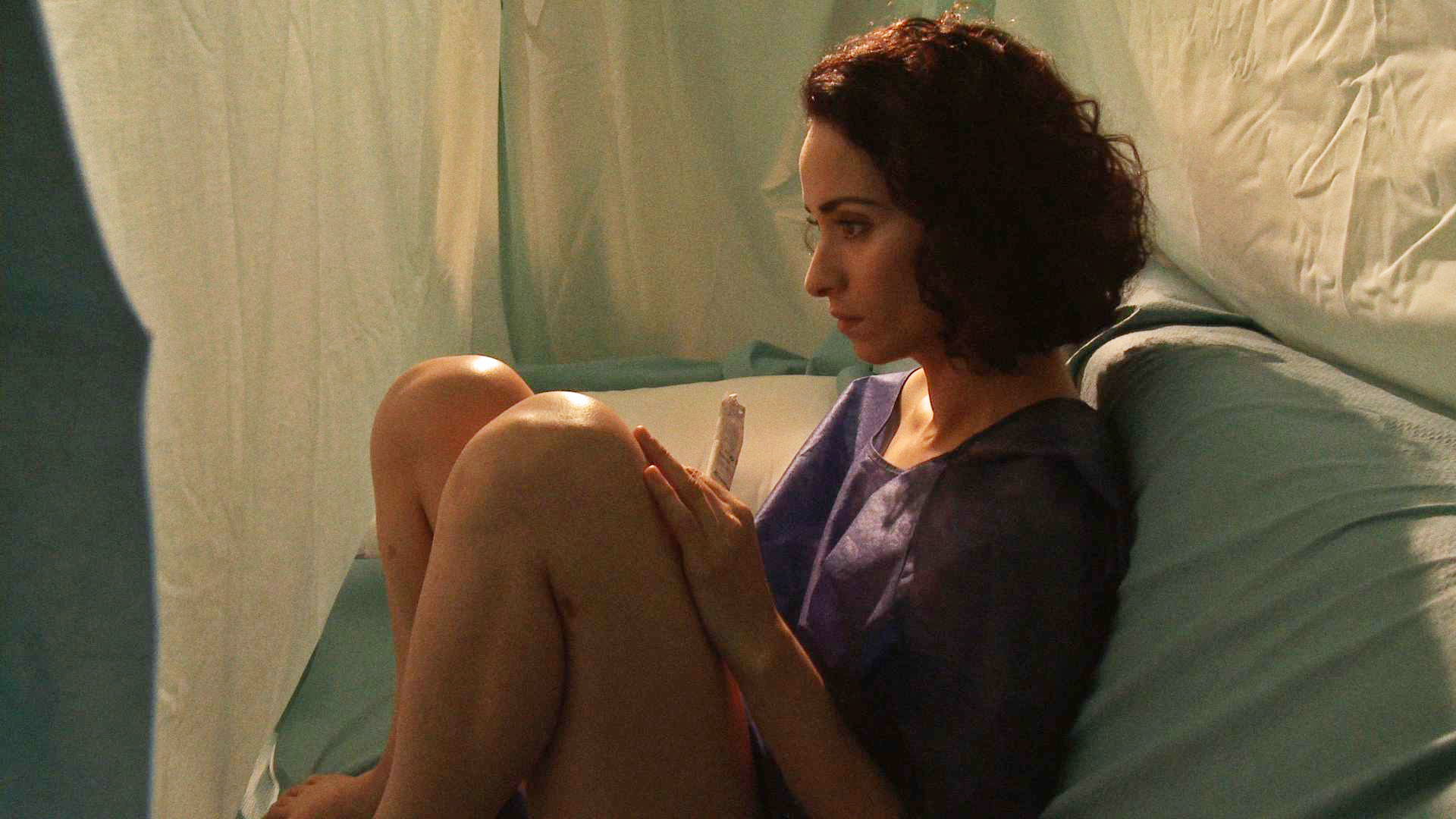 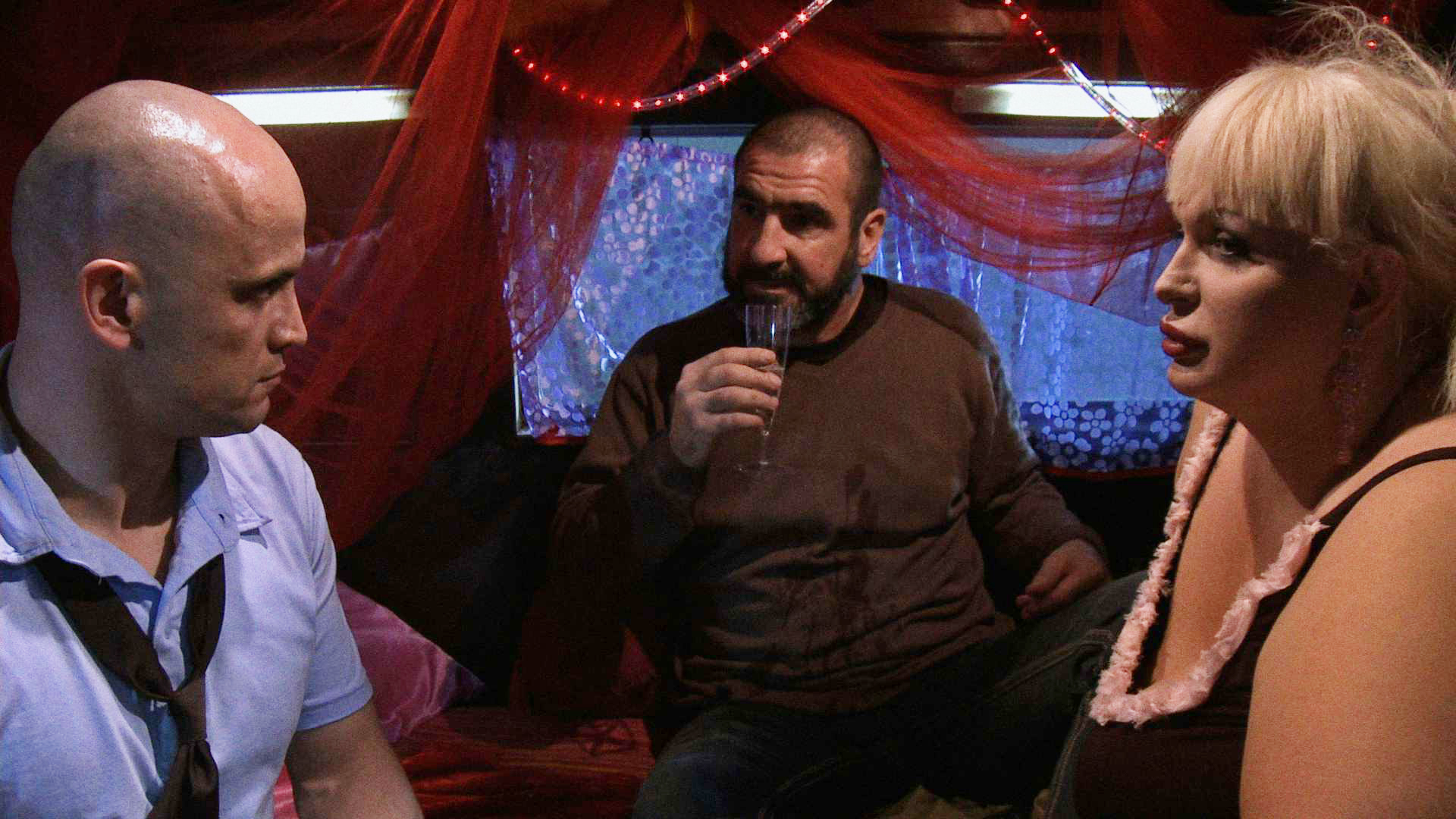 His second feature, another more clearly fictional “ UFO”, Les Mouvements du bassin, will screen tomorrow as a world première in the Festival del film Locarno’s Filmmakers of the Present section. HPG will be accompanied by one of his leading actors, Rachida Brakni, Joanna Preiss and Eric Cantonna (Rachida’s real life husband) who has pursued a fascinating conversion to film actor following a brilliant footballing career, and who will also take a walk around the Piazza Grande to the delight of his numerous admirers.

We met HPG before the start of the Festival, to ask him some questions about his new film for the press dossier (the film will be released in France on Wednesday September 19, distributed by Capricci (also the film’s co-producer). Here they are!

THE MOVE TO FICTION

OP: Les Mouvements du bassin marks a new phase in your trajectory as a filmmaker in several regards. First, it is a move from fictional autobiographical to pure fiction: you choose to tell a story with invented characters, and you have put hardcore aside.  Would you like to get away from the “personal diary”  label?

OP: Incidentally, this is the first time that you have attempted to depict a female character. Was that a challenge?

HPG: The starting point is a woman who has a miscarriage caused by someone else. Nobody helps her. She decides to seek out the guy who assaulted her to demand reparation. She finds him and demands that he makes her pregnant. Some might find this solution, this attempt to put herself back together,  incredibly brave or, on the other hand, monstrous and illogical. What I was interested in was how this woman goes about trying to regain her equilibrium, her sense of self. She is the real heroine of the film, which is an account of her odyssy. When I was writing, the story of a pregnant woman was a million miles away from anything I’ve experienced. I tried to put myself in her place.

OP: Initially, you weren’t planning to play the lead character. Would you like to remove yourself from your films, to no longer be at their centre? When did you decide to play the rôle?

HPG: I’d like to get away from obsessive  navel-gazing. But, being susceptible to flattery, as soon as I was encouraged to do so, I immediately changed my mind. But I hope that, in truth, the main reason is that I was afraid of not being up to it as an actor. I have always known that this character was close to who I am, although I would have taken him in another direction. I hope I am less extreme than this character. Some would say not and they might be right.

HPG : I wanted to make a film with characters I’d like to be around.  I don’t care whether they are famous or not.  I like  Eric Cantona and Jérôme Le Banner, that’s all there is to it. We’re three buddies, who, after having had sports careers, are doing what we can to work. We haven’t studied acting, taken classes. We just work it out as best we can, on instinct. We’re big but sensitive kids in adult bodies. And I like Rachida Brakni. She has a fiendish technique, which isn’t at all obvious. The complete opposite of me.

OP: Your character has nothing going for him. Yet he ends up by being quite moving because he’s so pathetic. How do you see him? As a total failure?

HPG : He’s how I was when I was 10, and sometimes the way I still am now. A guy who wanted to be popular, but nev er succeeded because he’s socially awkard, inept. These are drawbacks that can make a character touching. He struggles with himself. So the ray of hope that appears is all the more affecting.

OP: The bridge between the character you play here and the ones you played in the earlier films is physical comedy, a kind of lyricism manifest in the dance steps and martial arts movements. Where did that idea, the dancing that appears several times in the film, come from?

OP: Isn’t the film’s central question, basically: how to deal with fatherhood? And if that is so, wouldn’t that make Les Mouvements du bassin paradoxically, your most autobiographical film?

HPG : It is autobiographical to an extent I couldn’t imagine at the time. So close to what I was going through … I wanted to make this film to be able to talk about things I can’t deal with directly. First, to find out: how to be a father? But more generally, I wanted to discuss things I didn’t know. As I was saying, to identify myself with a woman who is expecting a child and who loses it. As a hardcore porn actor I have no legitimacy to put myself in a woman’s position. So I was incredibly scared. Also, I wanted to talk about children because I knew that I was soon about to become a father and I wanted to prepare myself psychologically.

A CRUEL AND PITILESS WORLD

OP: The film is very pessimistic. What we are witnessing is the failure of masculinity. The guy who gets fired all the time, reduced to the state of a vegetable. In contrast, there is the triumph of feminity: the woman is strong, can survive terrible ordeals. Where does this vision of the world come from?

HPG : Sometimes life is so impossible to understand …

The woman is neither stronger nor weaker than the man. It’s just we fight with different weapons sometimes. It is true that the character Rachida plays in the film is a woman who fights with great courage. I like that kind of person. I like getting a dressing-down. Why? Because I’m a confident kind of guy. Portraying a character who follows a trajectory that is signposted, with a beginning, a climax and an ending, that’s just not my thing. For me, Hervé the zoo-keeper has gone through ordeals that should help him reflect on his destiny. If he starts analysing what he has done, how he has ruined his life, if that’s what you see in his eyes in the final shot of the film, you will understand that he still has options, he can still try to improve. Clearly, you don’t know if he has realised his stupidity but what’s important is that he’s thinking.

OP: It really reminded me of certain Marco Ferreri films. And then, obviously, Bukowski… What have been your influences?

HPG : Barbet Schroeder, Charles Bukowski, Gaspar Noé and if you think about crazy people, it’s pretty likely they’d also be sources of inspiration, but not really consciously … I make films, not to control myself, but to lose myself and try to find a way to deal with, get through, things. This attempt is what I’m interested in filming. In the end, the film, and it’s the case here, should convey a positive, optimistic message. I’m not interested in remaining in a dark place. I always tend to tragi-comedy, the world is tough enough as it is. What’s what  Les Mouvements du bassin is, a tragi-comedy.

Interview in Paris Friday June 8, 2012. Thanks to Julien Rejl at Capricci films.