Sport de filles opens today in Paris. Patricia Mazuy is an unusual, forceful and hence invaluable filmmaker. Her films are relatively few and far between, but they never disappoint. Travolta et moi, made as part of the excellent TV films series “Tous les garçons et les filles de leur âge…” and screened at the Festival del film Locarno in 1993, was a highly-strung masterpiece about adolescence and rebellion, one of the best French films of the 1990s. Following the ambitious period piece Saint-Cyr starring Isabelle Huppert, in 2000, Patricia Mazuy returns with the highly impressive Sport de filles which combines that which Mazuy likes and knows best: film and horses. Gracieuse (Marina Hands) is a rebellious young woman, a farmer’s daughter, a rider without a mount. She trains other people’s horses but cannot afford one of her own. She gets a job at the glamorous estate belonging to wealthy Joséphine de Silène (Josiane Balasko) where she meets Franz Mann (Bruno Ganz), a legendary German trainer employed by his former mistress Joséphine. A strange relationship, centred around their equestrian passions, develops between the elderly man and the young woman, both of whom feel simultaneously exploited yet fiercely independent. Sport de filles is about a love of horses and the art of dressage. The film has a documentary dimension that takes us into a world little known to the general public, one that lives by a set of very precise codes and conventions, governed by devotion, work and discipline. But Sport de filles is also an allegory about the class struggle and capitalism (money rules absolutely, and the horses come to represent a transaction value) and about male-female relationships, which are also governed by rituals of submission, power and obedience.
Sport de filles screened as a world première on the Piazza Grande at the last Festival del film Locarno. Just before the screening we had given the outstanding actor Bruno Ganz a Lifetime Achievement Pardo Award.
Indisputably Switzerland’s finest actor, he is admired the world over. For several generations of viewers Bruno Ganz has been unforgettable in such key films in contemporary cinema as Eric Rohmer’s La Marquise d’O…, Wim Wenders’ The Wings of Desire and The American Friend, Werner Herzog’s Nosferatu, Volker Schlöndorff’s Circle of Deceit, Alain Tanner’s Dans la ville blanche, Theo Angelopoulos’ Eternity and a Day … A unique physical presence and instantly recognisable voice, and a combination of mildness and violence characterise an actor who is always precise, demanding of himself, and simply irreplaceable.
Bruno Ganz has opted for the canonical works of the great writers, both classic and modern, (Kleist, Handke, Goethe, Thomas Bernhard…) on stage, film and television rather than squander his talent.
He recently delivered one of the most awesome performances in film history, playing Adolf Hitler in Oliver Hirschbiegel’s Downfall. It is a delight to see him in a French auteur film again, since it has been some while since he has performed in the language of Molière, having featured more recently in films from Switzerland, Germany, Italy and the USA. Playing a former equestrian celebrity, a past master at dressage and seducing women, Bruno Ganz is pitch-perfect, constantly surprising, both raw and sensual. Just as one would expect. 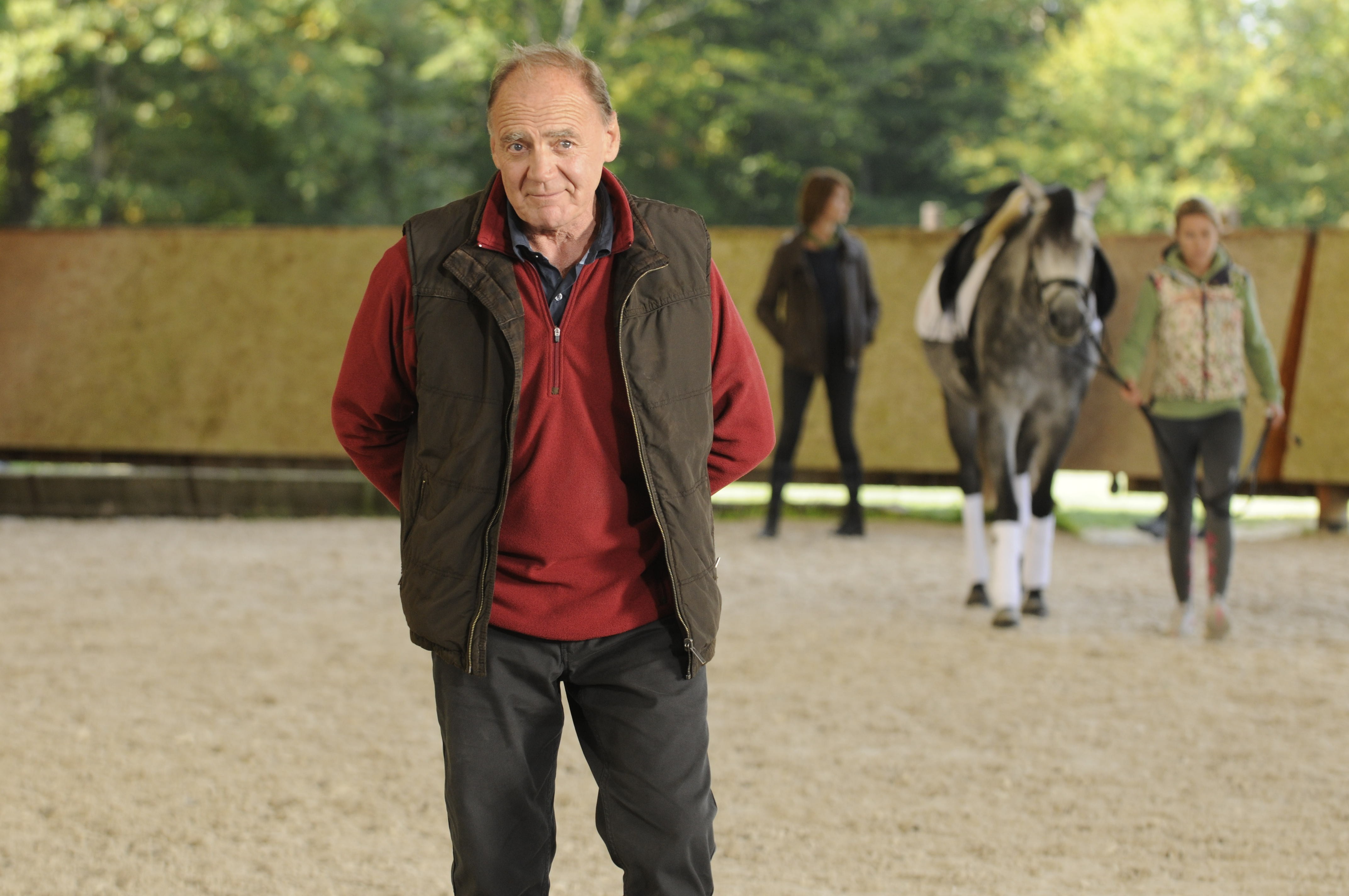