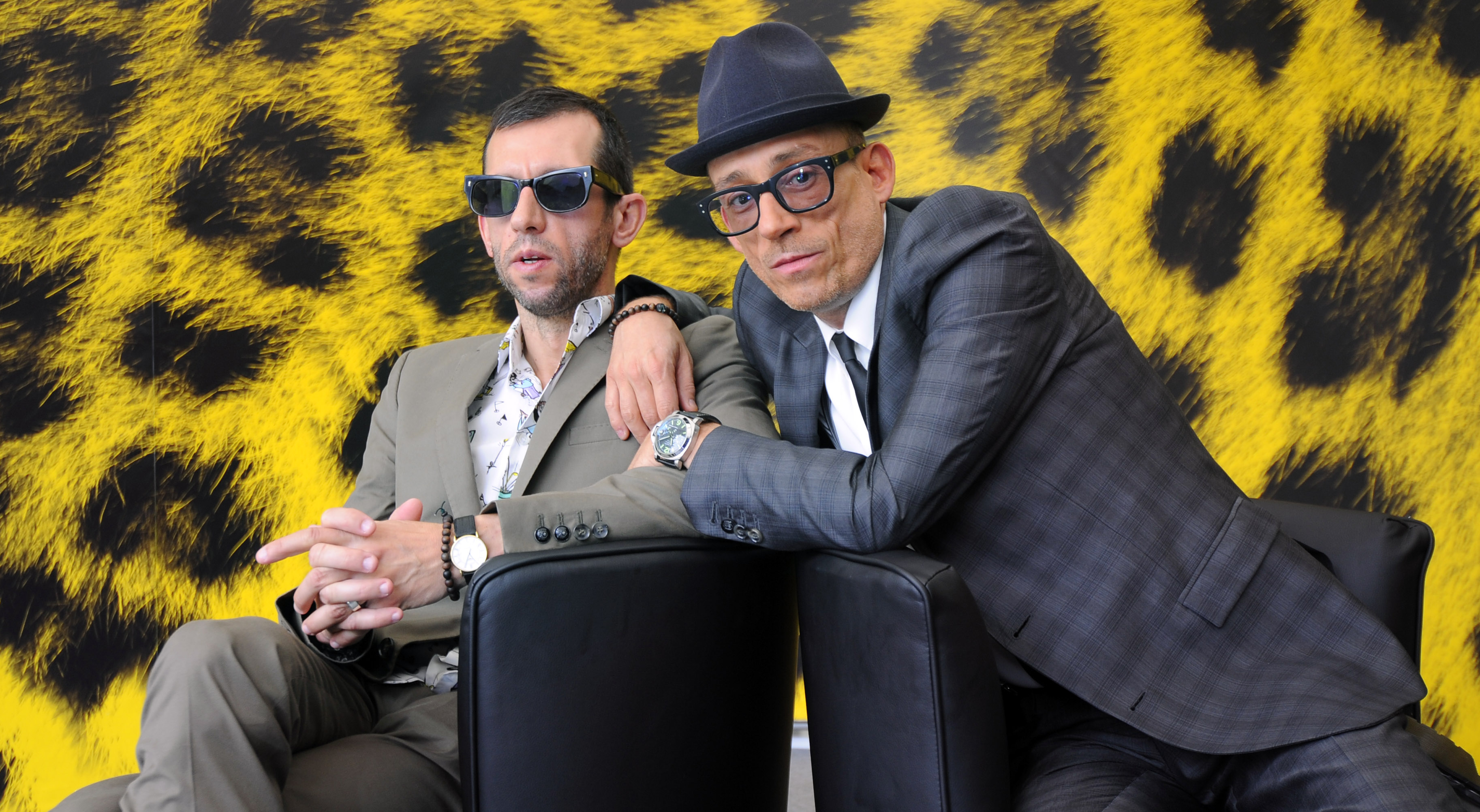 Portugal is a country that produces films, but, uniquely, films made only by artists. It has its great masters, its “poètes maudits”, but also its young and incredibly gifted vanguard, represented by Miguel Gomes (who, with Tabu has just made the finest film of 2012, alongside Holy Motors by Leos Carax), João Nicolau and certain others. From the same generation – or almost – filmmaker João Pedro Rodrigues stands out as something of a maverick. 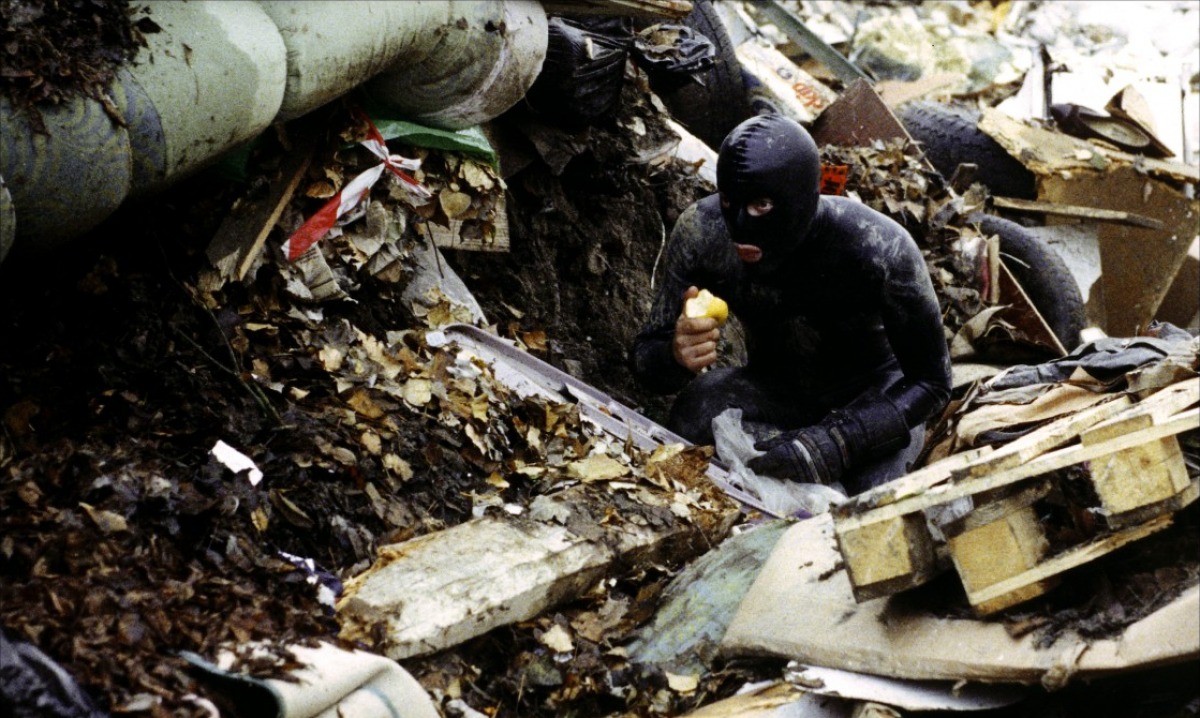 His films quickly established a highly personal homoerotic universe, governed by phantoms and phantasms, as indicated by the title of his first feature film O fantasma. João Pedro Rodrigues was born in Lisbon in 1966. He initially studied biology and wanted to be an ornithologist before he became interested in film, working as an assistant director and assistant editor on several productions. His first feature, O fantasma (2000), screened in the official selection at Venice, caused an international critical sensation, and became a rallying call for a particular cinéphile community, both gay and straight, ever alert to radical and uncompromising cinematic surprises. The story, pitched between the sordid and the sublime, about a gay young garbage collector falling madly in love with a stranger, combines lyrical low-life and a raw depiction of sexuality with an exploration of man as animal regressing to his primitive instincts. 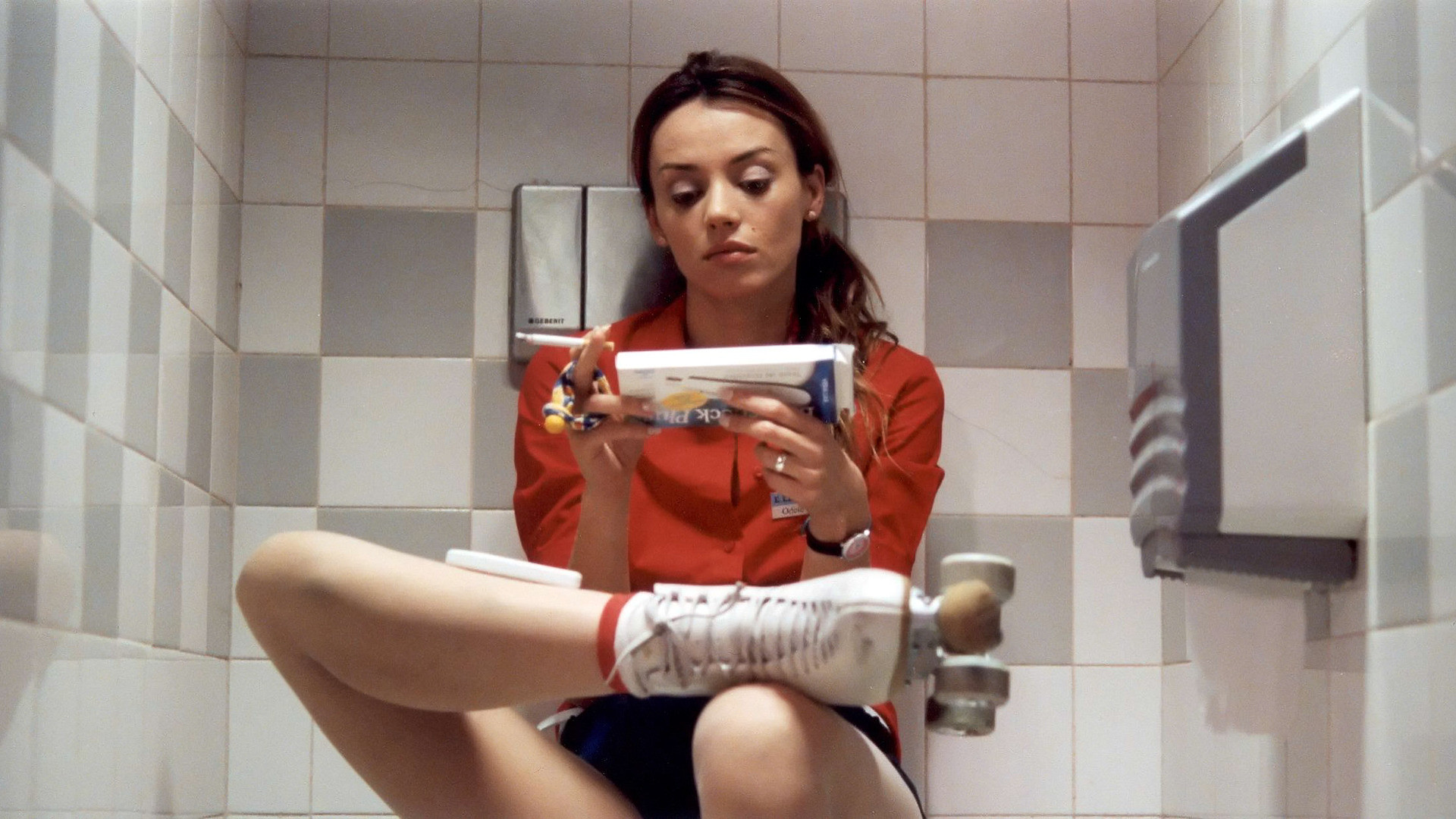 João Pedro Rodrigues’ second film, Odete/Two Drifters (2005), again explores amour fou, obsession and transgression. This time, a gorgeous young woman with a sensual and vaguely androgynous body brings a new otherness to Rodrigues’s gay cinema. This intrusion of the feminine into a virile world is in fact the subject of Odete, which illustrates the circulation of desire between life and death, but also between the sexes, and subsequent confusion of sexual identity. Rodrigues was to continue in this direction in his third film, the splendid and gloomy To Die Like a Man (Morrer como um homem, 2009), about the death throes of a transsexual unhappy in love and in his sense of self, who lives as a woman but wants to die as a man. Rodrigues’ cinema is transgenre/transgendered, in all senses of the words. In both sexual and cinematic terms. Indeed, the filmmaker draws on a heterogeneous range of references. He continually shifts between an almost Bressonian rigour (using models more than actors) and the flamboyant lyricism of Douglas Sirk’s melodramas, the sober fantasy of Jacques Tourneur and the dreamlike, operatic baroque of Werner Schroeter’s films. One could also view Odete as a religious film in whichGod is replaced by amour fou, indeed as a surrealist film without the idea of blasphemy. Odete is in effect a story about a slow progression towards the absolute.

Odete is part of a particular tradition of fantasy-melodrama in which love triumphs over death, lovers love beyond the grave, beyond the borders of dream and reality, life and death. One cannot help but think of The Ghost and Mrs Muir, Peter Ibbetson, Portrait of Jennie.

The shadow of Vertigo is also felt hovering throughout João Pedro Rodrigues’ film, which is suffused with an atmosphere of morbid fetishism. The film might well be entitled “d’entre les morts”, as was the French novel by Boileau and Narcejac that inspired the Hitchcock masterpiece.

If Odete  – the character – is haunted by Pedro, Odete – the film – is haunted by Hollywood films. “Moon River”, the young lovers’ favourite song, was originally sung by Audrey Hepburn in Blake Edwards’ Breakfast at Tiffany’s, and appears in several versions on the very carefully constructed musical soundtrack designed by French director Frank Beauvais. Rodrigues is not the first to test the aesthetic conventions of 50s and 60s Hollywood movies against the disenchantments of contemporary reality. Before him, Rainer Werner Fassbinder made a number of audacious critical transpositions of Douglas Sirk melodramas in the “pale” Germany of the 1970s. In Odete  Rodrigues takes his desire for cinema to the limits, as if osmosing his heroine’s phantom pregnancy. This desire expresses itself in the delirium of the story, in its convocation of fantasy, enchantment, and the natural elements rather than psychology and psychoanalysis: as in the scene where a nocturnal breeze lifts the curtains in Odete’s basement apartment and penetrates her with Pedro’s spirit, like a divine visitation. For one sublime shot (followed by another, equally remarkable, of a bouquet of blood red flowers), realism slips into another parallel dimension, Portugal ceases to be the locus of the film as we enter an enchanted world that is “bigger than life” and that is found only in the films of João Pedro Rodrigues.
There is an Asian vein in João Pedro Rodrigues’ cinema. 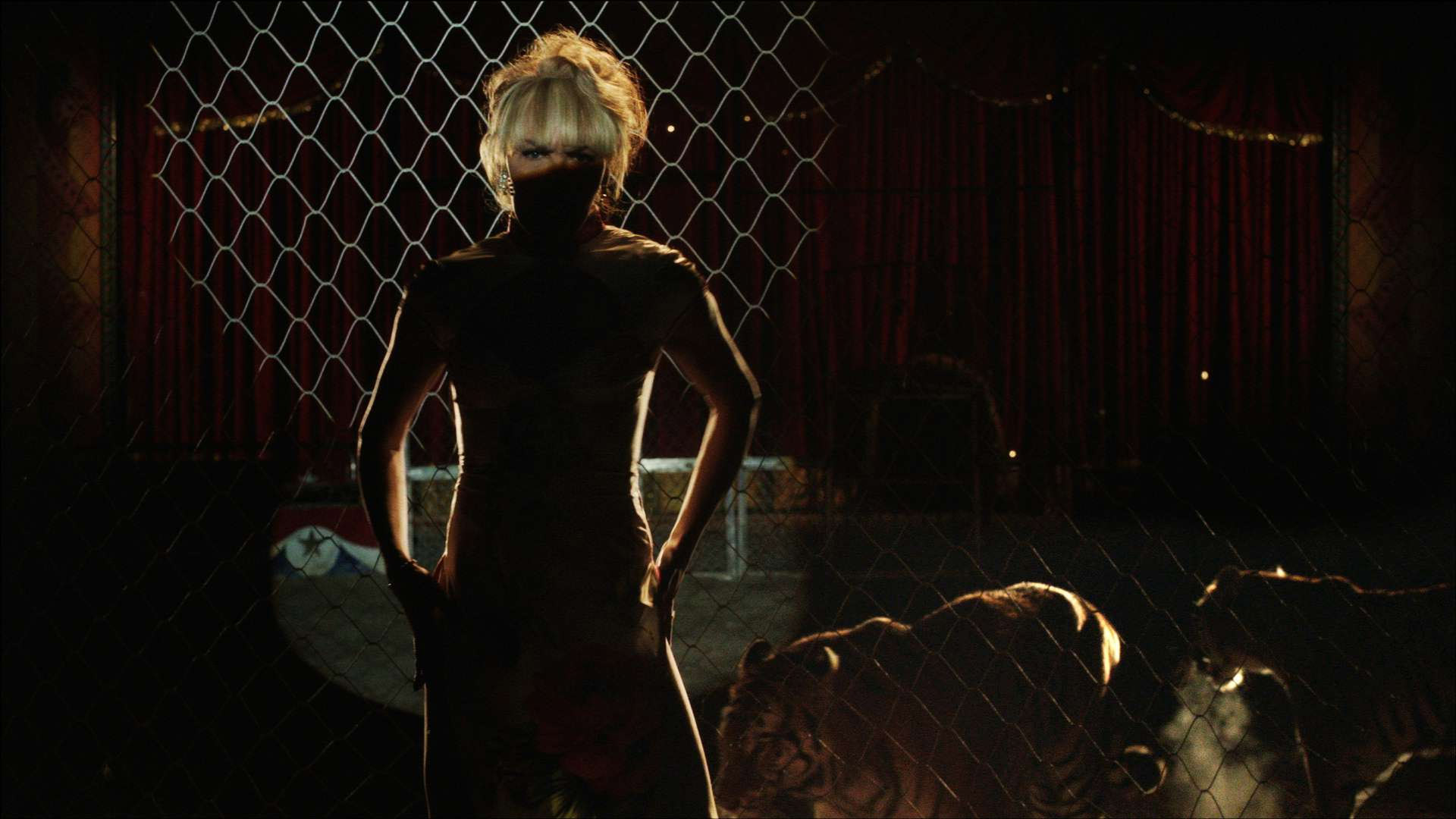 This began with China, China (2007), a wonderful short about the Chinese community in Lisbon (as with Odete, shown in the Directors’ Fortnight when I was running it). Then there is the impressive Alvorada Vermelha (Red Dawn) a harsh and lyrical documentary shot in Macao’s fish market  in 2011, and screened at the Festival last year. Both two shorts were co-written and co-directed with Rodrigues’ partner João Rui Guerra da Mata. The latter has worked, right from the start, on the scripts and art direction of the films. Together they made A Última Vez Que Vi Macau (The Last Time I Saw Macao) shown today as a world première and in the international competition at Locarno. The film continues this intimate and lyrical exploration of the Chinese city where João Rui Guerra da Mata spent part of his childhood and youth.
This film achieves a bold combination of genres: documentary essay, diary, police procedural and fantasy film. The beautifully filmed shots that capture the chaotic beauty of the nocturnal cityscapes are accompanied by a voice-over narration, recounting a strange journey and a return home.  The narrator is in fact returning to his childhood town, some 30 years after leaving, in response to a call for help from a female friend, Candy, a cabaret singer. What follows is a game of cat and mouse between the narrator and Candy who keeps leaving him enigmatic messages but seems to be avoiding an impossible reunion. Rodrigues’ cinema has always been an art of metamorphosis, confusion (sexual, but not only sexual) and communication between separate realms: the human and animal kingdom, past and present, love and death, man and woman, Hollywood and the poetry of European cinema. From beautiful footage of urban Macao the co-auteurs manage to create a fantastical atmosphere of conspiracy and apocalypse, pitched something between Aldrich’s Kiss Me Deadly and Tourneur’s Cat People. The strangeness and anxiety emanate from everyday details, from a particular framing or a particular sound.  Baroque art is an art of metamorphosis. Without revealing any of the mysteries and surprises of this splendid essay, almost devoid of any human figures, but inhabited by the voices of its two auteurs, we could describe A Última Vez Que Vi Macau as a totally baroque film, since it never stops mutating and changing form, under our very eyes, moving within the same shot from filmed personal diary to delirious crime fiction. It should also be noted that João Rui Guerra da Mata has the distinction of being the only filmmaker this year to have two films in two different competitions at Locarno since he is the director, this time solo, of O que arde cura, screening as an international première in the Pardo di domani section. It is a wonderful 27 minute short, loosely based on Jean Cocteau’s “La Voix humaine”, set on the night of the great fire of Lisbon, and the lead and only role is played by…one João Pedro Rodrigues.