Ulrich Seidl is a provocative and unnerving filmmaker but, above all, an outstanding documentarian and cinema essayist. His project is based on a visual principle that tallies with his eagerness to show what we are usually unwilling or unable to see, with an in-your-face attitude. Seidl arranges his films into paintings, still-life images, silent or speaking portraits, often in symmetrical patterns.

His style is particularly apposite for his new film, Safari, which features a series of trophies – specifically the hunting trophies that big-game enthusiasts collect and flaunt, and the hunters themselves when Seidl plays an entomologist and lambasts them in his box-shaped frames.

The film compiles viva-voce accounts by Austrian and German tourists travelling to South Africa or Namibia with their other halves or entire families to enjoy the thrills and chills of safaris, complete with the license to kill the savannah’s wildlife. Seidl exposes the fact that big-game hunting on African farms run by Whites is a booming business. In doing so, he underlines the overlaps between tourism and neo-colonialism and the underlying veiled racism (or barefaced racism in the case of the German safari organiser’s words).

On a deeper level, Seidl explores the fascination with death and the feeling of impunity that inhabits these white westerners on their quests for kicks in Africa. They believe they are a chosen people endowed with a right to slay animals in bogus battles eliciting contrived suspense and ending in foregone conclusions. The twisted belief that they are warriors belonging to a superior race – which they gleefully profess – reeks of a stomach-churning ideology that, alas, endures. Beyond Nazism’s ghosts – Seidl constantly records traces of it in modern-day Austrian society and mentalities – the filmmaker also delves into the darkest realms of the human psyche. When the safari-goers let their hair down, the urge to kill somehow mingles with a sexual turn-on. Slaying an animal is a rite of passage whereby a young man is bequeathed virility, knighted and showered with praise by his father for his “great shot”.

The expressions that the wives and daughters use to talk about the sensations that hunting stirs in them unequivocally mirror the lexicon of sexual gratification. The death of a zebra or giraffe visibly sparks an exhilaration akin to an orgasm. Their arousal is palpable, and unhinged, when Seidl captures them about to pull the trigger or contemplating an animal’s carcass as they stage it for their macabre memento. Backstage, the African crews do the dirty work with a much more genuine and deep-seated connection with the dead animals. They dismember them methodically however gargantuan the task (in the case of a giraffe for instance). Safari ties in with In the Basement, Seidl’s previous film documenting what Austrian suburbanites get up to beneath their homes. Here, sex drives and death wishes gush into the open under the African sun but, again, in a place where no neighbours can pry. Seidl, however, is there to capture them, and that is exactly what he does. 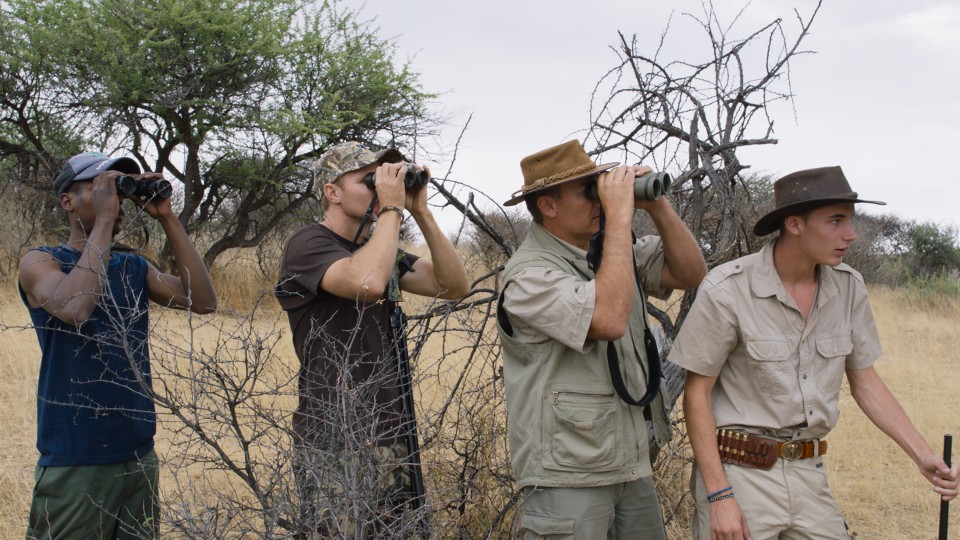 Safari by Ulrich Seidl is one of the 10 European films selected for the first ARTE Kino Festival, and available on www.artekinofestival.com.

The ARTE Kino Festival began yesterday and will run until 9 October. Some tickets will be available on 5 October morning. Tickets are available in other European countries.

Safari is not yet scheduled for release in French cinemas.