Curling (Pardo for Best Director and Best Male Actor Awards at the Festival del film Locarno 2010) was released in France on Wednesday, by the distributor Capricci. This is a feat in itself since it has taken until October 2011 for a film by Denis Côté to be seen in French cinemas, when this Quebecois director is already onto his sixth feature and from his very first, Les Etats nordiques, his work has attracted attention from festivals all over the world and the international film community. Should we attribute this anomaly – in a country known for its cinephiliac curiosity and support for contemporary auteur cinema – to Québec’s lack of exoticism, so less exciting to Western critics than Thailand, Argentina, or South Korea? Curling offers an excellent introduction to the world of Denis Côté since, following Les Etats Nordique (2005), Nos vies privées (2007), Elle veut le chaos (2008) and Carcasses (all shown and often winning awards at the Festival del film Locarno, apart from Carcasses which I screened at the Directors’ Fortnight at Cannes in 2009), it is undoubtedly his best film, the most accomplished and the most “accessible”.

Initially a film critic, Côté sees film as both formalist and open to the world, and characterised by a rejection of traditional narrative. Denis Côté is against a particular kind of linear cinema, against the tyranny of the script, and enjoys establishing shadow zones in his fiction films, unexplained images or actions, fractures of meaning, yawning gaps into which the viewer falls, a waking dream. Côté’s films are indeed deceptively realistic films of the imaginary. Observation of reality always leads onto situations at the borderline of the dreamlike or the fantastic, even in a more overtly documentary film essay such as Carcasses.

Curling recounts the story of a strange couple – a father and his daughter – in rural Canada. Jean-François is the maintenance man at a motel and bowling alley, while his teenage daughter Julyvonne spends her time at home doing nothing much at all. Jean-François, a solitary and unsophisticated man, refuses to send his daughter to school, and keeps her away from the world, apparently in order to protect her. On one of her rare ventures into the outside world, Julyvonne sees a tiger in a snowy field, and frozen cadavers in the undergrowth. From the naturalism of the film’s beginning (reinforced by the fact that the actors Emmanuel and Philomène Bilodeau are also father and daughter in real life) we are subtly taken into a form of social unreality, in which the main characters’ instability and isolation lead to a disturbed perception of the world. We are entitled to consider Julyvonne’s macabre discoveries as purely mental visions, related to a morbid state of mind fuelled by her father’s neuroses about human relationships and the outside world. As for Jean-François, he notices some disturbing bloodstains in a motel room a client has just left, yet this discovery is left totally uninvestigated … Later, he sees a corpse on the roadside and rather than inform the police he decides to hide it, as if he was the murderer.

The film abounds in red herrings, misleading directions, doors that open onto the bizarre, hints of stories that are cut short by something new that happens.

Some have made some highly superficial comparisons between Côté’s films and those of Lynch, but it is more productive to think of Resnais and Hitchcock in order to find signs and clues with which to decipher a film like Curling.

In a truly inspired review in “Le Monde”, Jean-François Rauger recognised Curling’s hidden affiliation to a seminal film in cinema history, Alfred Hitchcock’s Psycho: a motel, a bloody bathroom, a body that must be disposed of, a shy and timid man, alluring women, fear of the  police… These are the ingredients of Hitchcock’s film that Denis Côté, as the good cinéphile and filmmaker that he is, reworks in his own way, not to mention the way that he floats the suggestion of incest throughout the film. Jean-François is in the mould of both Norman Bates and the latter’s phantom mother, since he sequesters his daughter and has a terrorising influence over her.

To which one might add that despite its depressive dimensions and claustrophobic atmosphere, the film is full of humour (icy, black, though not purely so) and tenderness, and that it allows us to hear again two songs from the 80s that had hitherto seemed forever lost in our teenage sense-memories. 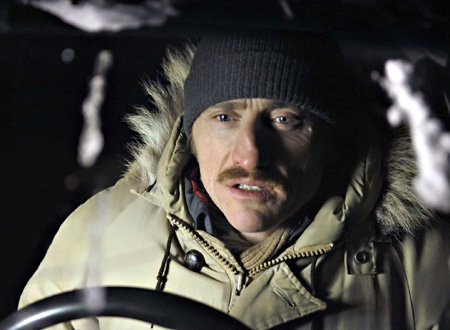