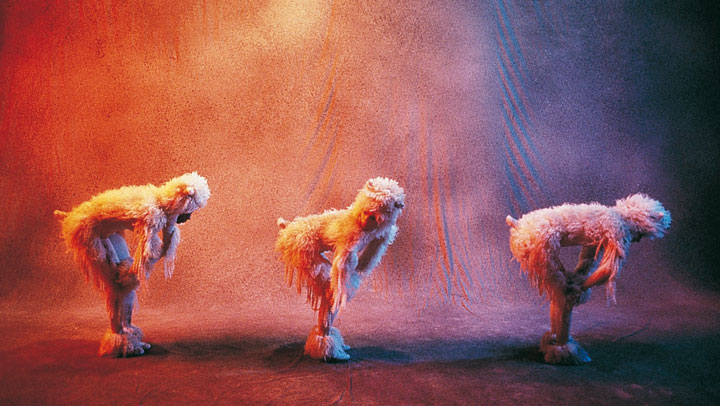 Sheep, programme design by Hélène Guétary, over a soundtrack by Nova/Andrew Orr, 1992

ARTE, the European Culture Channel, is a public broadcaster aimed at curious and open-minded people all over Europe, especially in France and Germany. The creation of a programme for several audiences was a first in the history of television and remains unique in Europe’s audiovisual landscape.

The political will is there from 1988.

The late 1980s was the age of the great European visions, including the single currency, and it was then that the Germans and French declared their intention to create a joint television channel. The idea was to familiarise the Germans and French with each other’s cultures and by bringing them closer to promote further integration.

The treaty laying the foundations of a European culture channel is signed on the eve of German reunification in October 1990. According to the ARTE statutes of 1991, the new channel is to be 95 % financed out of the licence fees levied in France and Germany. Its structures reflect how broadcasting is organized in the two countries: centralised in France and decentralised in Germany. ARTE is made up of three entities: its headquarters, ARTE G.E.I.E. in Strasbourg, and its two member organizations, ARTE France in Paris and ARTE Deutschland TV GmbH in Baden-Baden. Still more partnership agreements are signed with other public broadcasters such as RTBF in Belgium, ORF in Austria, SRG SSR in Switzerland, or YLE in Finland.

La SEPT (Société d’Edition de Programmes de Télévision), the French ARTE member that in 2000 was renamed ARTE France, was founded in Paris in February 1986 as a joint venture of the regional broadcaster FR3 (45%), the French state (25%), Radio France (15%), and the INA (Institut National de l’Audiovisuel) (15%). It was chaired initially by Georges Duby and Bernard Faivre d’Arcier, and then from 1989 by Jérôme Clément. La SEPT provided ARTE’s initial stock of programmes. The German member, ARTE Deutschland GmbH, was founded in Baden-Baden in March 1991 as a joint venture of Germany’s public broadcasters, ARD and ZDF (50% each).

1992 ARTE goes on air in two languages, reaching three-quarters of all German and French households.

ARTE can be received in most French and German households. As one of the six channels to be broadcast terrestrially in France prior to the switch to ADSL and TNT in the late 1990s, ARTE enjoys high visibility that country. The competition is a lot tougher in Germany, which by then has some thirty channels broadcasting by cable. Having initially broadcast only in the evenings, ARTE becomes a digital pioneer and following the advent of Digital Terrestrial Television in France and cable TV in Germany extends its programme to the whole day.

ARTE is allocated a 5th frequency, that of the private channel La Cinq belonging to Silvio Berlusconi. This step marks a major advance for the broadcaster, which has hitherto had to rely on transmission via the TDF1 satellite, which only a few households can receive.